„Twenty years from now, Romania will be a better place to live in”

I agree with this statement because in twenty years, the world will evolve very much from now and people will be more polite and helpful with others.

After twenty years there won’t be gipsies because the president will give them a tiny part of Romania which will be just for them. There will be a rule that will stop them to come in our country.

In twenty years, Romania will be a better place for poor people too, because their houses will be renovated and the president will give them some animals and some money.

More tourists will come to the Black Sea because the hotels will be renovated and the sea will be clean. In the capital of Romania, Bucharest, people won’t throw the rubbish on the streets because there will be a rule that will stop you from doing this and if you won’t understand this rule, you have to pay a lot.

In conclusion, Romania will be a better place to live in, but only if you will follow the rules seriously you maintain peace with people. 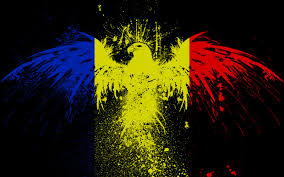 I disagree with this statement. Twenty years from now, Romania will be a worse place to live in. In fact, I think big cities from Romania will have chocked until 2033,  like Bucharest.

First of all, Romania has got worse since the 1970s and I don’t believe Romania will recover from the noxes from the atmosphere. It’s true that we have stunning and panoramic views and other countries will come and make natural reservations. But the rest of Romania will be just as Bucharest is now.

Moreover, there are many people that are throwing rubbish everywhere they go and Romania started to seem like a huge rubbish bin. Even if there are strict rules for not doing this, people continue to do so.

If we search deeper, in the weather statistics in Romania, we can see that the weather has gone mad! There are also some predictions that in the future Romania will be a desert because we can all clearly see that the temperatures have got higher in the last period of time.

All in all, Romania will be worse because the people’s mentality who throw rubbish everywhere can’t be changed.

I agree with this statement because twenty years from now, the world will evolve, so Romania will evolve, too. People from Romania always want something that the other countries have, but they don’t do anything for that. For example, we want a clean country, like some places in France, but we still throw rubbish on the ground.

If we want to change a country which is „forgotten” by others, it isn’t enough for twenty people to want this thing. We all must do something! We always look around us and say: „It would be better if I lived there!” Stop saying that and think that if we want to be like people in that country, and we try to change something, we’ll be like them! Romania will be a better place to live in, when all people will change themselves and realise that it isn’t good for us to live in a country like that. When people from Romania change themselves, then Romania will change and will evolve!

In conclusion, the question is: „Would you do something to change and help Romania evolve?”