People usually leave their houses with a light still ON, so they waste huge amounts of energy. If this thing goes on and on, in less than 10 years, nuclear power will be the only way to have energy.

75% of the coal extracted in a day is later burnt in huge furnaces to produce energy. The cas which is burnt each day can only make 50% of the energy we use daily. Nuclear power might not be so good but it’s the only thing that we could use to produce energy.

Other people want to use windmills and solar panels, which is not a bad idea but it wouldn’t pruduce energy to suffice.

In my opinion, nuclear power is a bad idea for the future, but if it is the only way to produce energy, then I suggest we take it as soon as possible. Nuclear energy will serve us for a longer time, but this energy is sure to have some side-effects like all the things in this world. 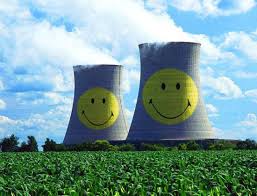 The biggest problem of the Earth is pollution. Pollution changed the Earth very much: the ice caps almost melted, the air in big cities became unbreathable, the animals became extinct, the member of noxes per metre cube  of breathed air increased, etc. One way of pollution is nuclear power.

Nuclear power is the most powerful energy of the world. The nuclear factories provide a huge amount of energy and these factories were safer, it could be a way to ensure that we have enough energy for the future.

In my opinion, I don’t think nuclear power is safe. Firstly, a catastrophe could happen like the one at Chernobyl or like in Japan and then huge amounts of noxes and radioactive gases could spread all around the world. Secondly, there are the arms trade, like nuclear weapons and then there’s a war the Americand or the Russians could send these weapons and cause a catastrophe.

In conclusion, I think nuclear power is very dangerous and polluting. So, nuclear power can’t be the only way to ensure that we have enough energy for the future.