Once upon a time there was a big city where everything was possible and nothing was unusual.

People in this city were happy and full of life. Children had animals, but not cats or dogs, aliens.

Aliens were like dogs in that city. They walked on four legs and ate dog food. People had robots for cooking and washing. There was a maid robot, a babysitter -robot or a robot for help. There were dinosaurs like T-rex or raptor in their zoo. Also, people had unicorns to go to work or go to the supermarket.

Children at school had computers or they could study at home with a personal teacher. In that town there were demons and angels, but there was peace. Demons couldn’t hurt people – they lived like humans. Bugs could talk to people and they had their own life too. They had a Bugs School and their hall. In that city ants had houses in mushrooms.

Flowers were pink, blue, purple or other colors and they had eyes and mouths. The city had red pineapples, brown bananas, pink strawberries or other fruits and vegetables with every color.

Every house had mice which ate cheese or people’s food. People ate desserts like ice-cream, but unusual ice-cream – it had alcohol and pieces of flowers in it.

Once upon a time, there was a big city where everything was possible and nothing was unusual.

They didn’t have a job they played all the time. Everything was free. They ate flowers and only flowers! They didn’t have weather, they had just one season: summer! But, summer wasn’t very good because the temperature reached 50 Celcius degrees, but for them it was normal.

Their houses are big and and every house is blue and purple. They had 3 rooms for every person, and every room had: 2 bathrooms, 2 fridges, 2 mirrors, a big bed and a lot of flowers.

They don’t have our tradition: they are alone and they didn’t speak. But…their comunication was very creative: they sang at any time!

They didn’t sleep and night didn’t exist…they played, ate flowers and sang and played some more! The flowers were everywhere…They were created by their God: The big pink! He was the most important person in this city: he was big and he had powers, he was beautiful, but he wasn’t yellow! 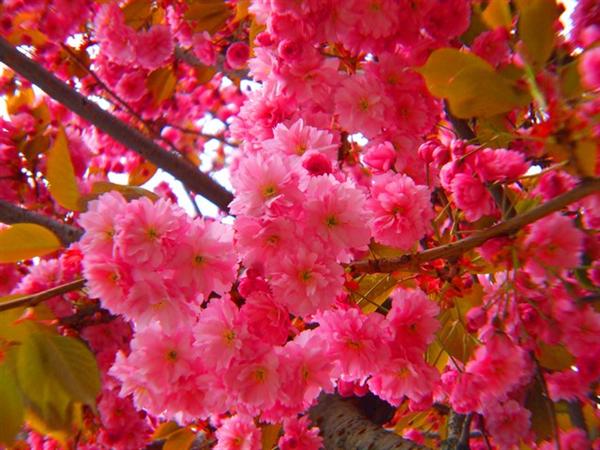 History tells he was created by a big pink flower and, when the flower died, he cried very much…and his tears turned into his powers and he created people. Yes, only the people…there weren’t any animals…just people and people.

They didn’t have cars or planes…or other means of transport, they only had their feet. Today they are dead…the new people are very bad and killed them. Today they are only a legend.