Movies are people’s life stories. Most of you probably think that they are just the director’s or writer’s imagination and don’t have anything to do with art. You are lying to yourselves if you believe that. In reality and in my opinion, films are art. Even if they aren’t made by famous singers or painters, they have actors in them and acting is another way of expressing through art.

Anyway, we should talk about how films make our lives better. There are many types of films, from comedies, dramas, romantic movies to historical ones to documentaries. They can all affect our vision about life, because most of them, with the exception of Science Fiction movies, are based on real life events. If you see a drama about a child who dies, you tend to be more protective towards your children and make sure they don’t get hurt. If you watch a romantic movie, you will learn about how to maintain and protect a good relationship. If you see a documentary or a historical film, you’ll learn new things that will contribute to your general knowledge.

Movies can be a good debut for young actors and singers. They can showcase their talents and skills in different aspects of the movie. I have a friend who is the perfect actor. He appeared shortly in an advertisment, then he played in a movie. This event changed his life a lot. 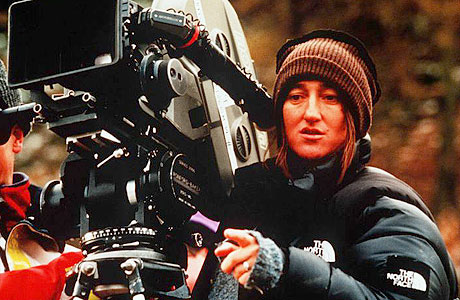 In some countries, there are tryouts on the street, where ordinary people can show their talent and passion for acting. If they do it well, they have the chance to be in a well-known director’s film. It can change their lives and ours too, because we see how they had succeeded to land the role in a play or a film.

To sum up, I want to say that when I grow up, I want to become a director. Now, I have some ideas for movies that can change people’s lives in good. For example, there could be a movie for people who are depressed by everything. It should be a movie with sad people (in the beginning) that realize that being sad and depressed isn’t good for their health or life. I really believe it will change people’s visions about life.